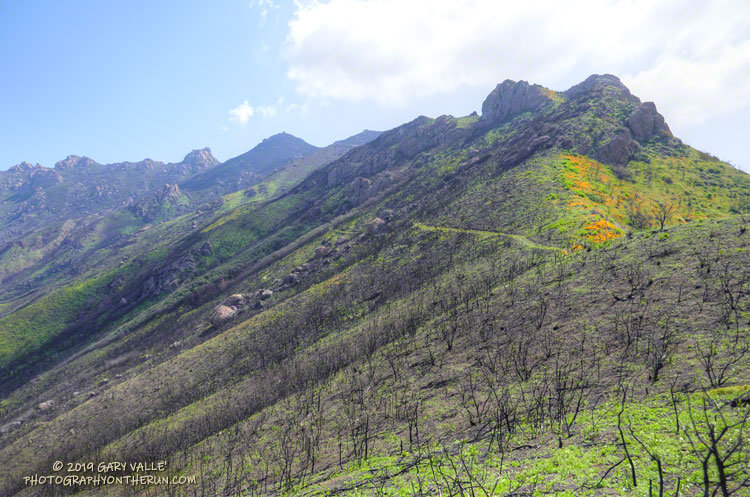 The sun had not yet risen and the poppies along Danielson Road were still tightly furled against the morning’s chill. The purl of Upper Sycamore Creek resonated in the canyon below — a wonderful tone that in recent years has too often been squelched by drought.

I was running to the Old Boney Trail and the start of the ridge that follows along Boney Mountain’s western escarpment to the massif’s huge summit plateau. Several of the Santa Monica Mountains highest peaks are on this plateau, including the range’s highest peak, Sandstone Peak.

In December I’d climbed this route to check the impact of the Woolsey Fire on the area. From the top of the ridge I’d been disheartened by what I saw. Tri Peaks and Sandstone Peak and much of the top of the Boney Mountain massif were a blackened, barren mess.

Now, three months later, I was headed back to Boney Mountain and would continue to Sandstone Peak for the first time since the fire.