The Palisades Fire began the evening of May 14, 2021 in Santa Ynez Canyon, near Michael Lane in Pacific Palisades. According to the Los Angeles Fire Department Palisades Fire incident page, 1202 acres were burned, one firefighter was injured, 710 structures were threatened, but no structures were damaged or destroyed. The fire was fully contained on May 26.

Most of Topanga State Park was closed as a result of the fire. The Park reopened, with restrictions, on June 11. On June 13, I found myself chugging up the Garapito Trail toward Eagle Rock, and wondering what I was going to find.

I was doing a variation of one of my favorite trail runs in the eastern Santa Monica Mountains — the Trippet Ranch Loop.

This trail run links together several single-track trails and fire roads between Marvin Braude Mulholland Gateway Park (Top of Reseda) and Trippet Ranch. With the addition of an out and back segment on the the Santa Ynez Canyon Trail, the route included all the trails impacted by the fire. 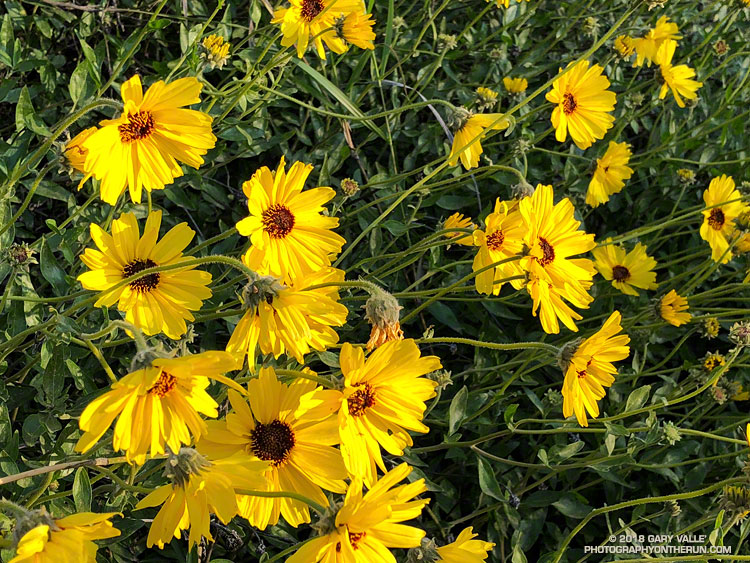 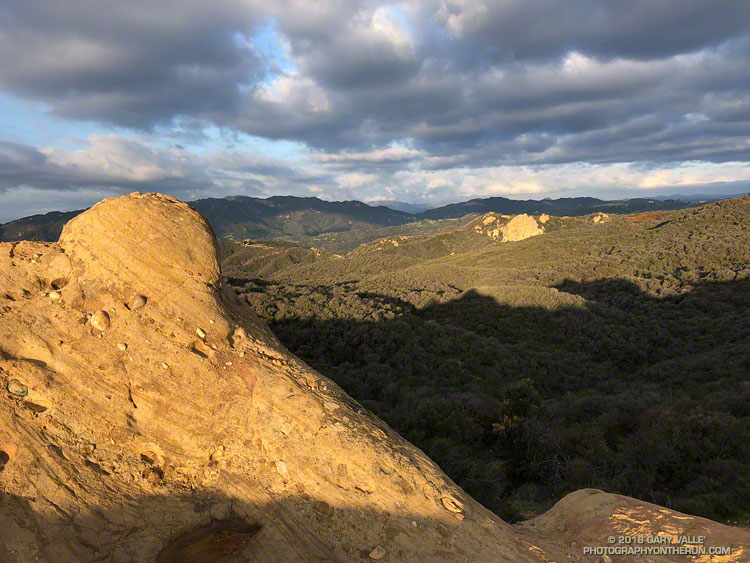 Colors enriched by the early morning light and recent rain, this view of the Santa Monica Mountains is from “Cathedral Rocks,” near the Hub in Topanga State Park. The rock formation in the distance is Eagle Rock. 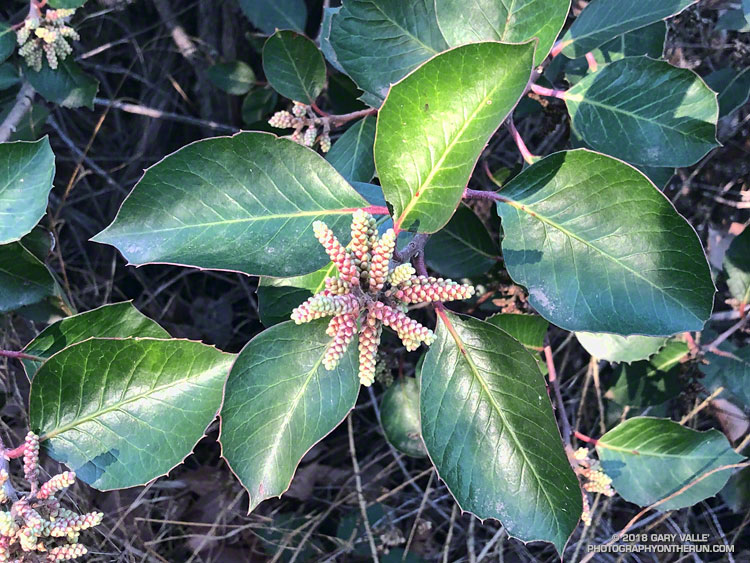 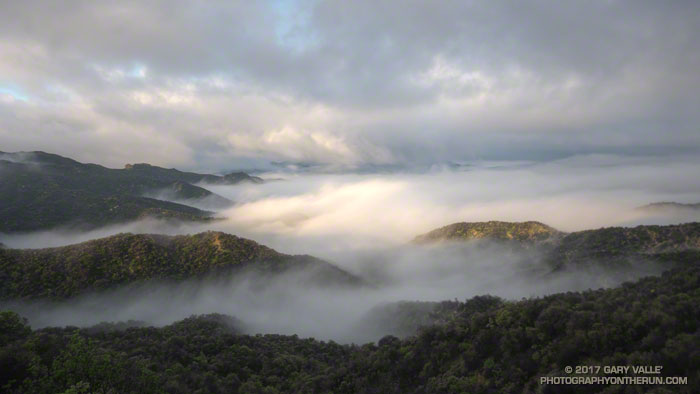 The first rays of sunlight illuminate the ridgetops, fog and clouds in the Santa Monica Mountains, following an overnight rainstorm.

From Saturday’s run to Temescal Peak and through a very wet Garapito Canyon. 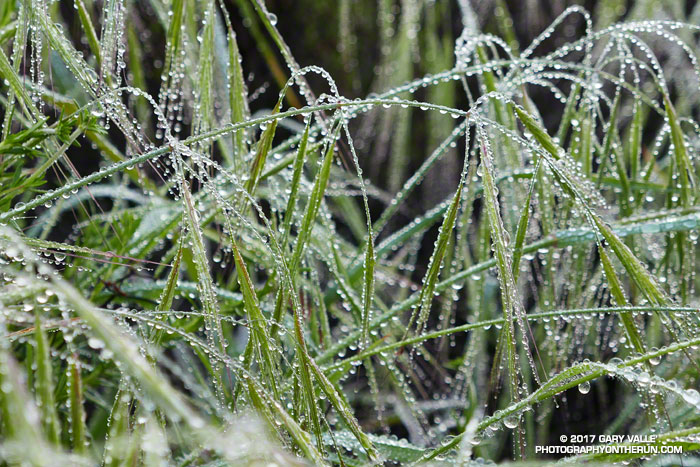 When I emerged from Garapito Canyon my shoes, socks, shorts and shirt were soaking wet. A group of hikers were nearby and one asked if it rained while I was down in the canyon. It hadn’t, but it might as well have.

Our wetter than normal rain season has produced a lush crop of annual grasses — some as tall as waist high — that have overgrown sections of many local trails.

Overnight, light rain had coated every blade of grass and every leaf and limb of brush along the Garapito Trail with water droplets. Running through the wet grass was like passing through the wet brushes of a refrigerated car wash.

I happened to be wearing Gortex-lined running shoes, which was laughable considering the amount of water that had run down my legs and into the shoes. They were just as wet as if I had waded through a creek. Well-fitting gaiters might have helped, and at least would have kept the foxtails out of my saturated socks.